A brief history of Money 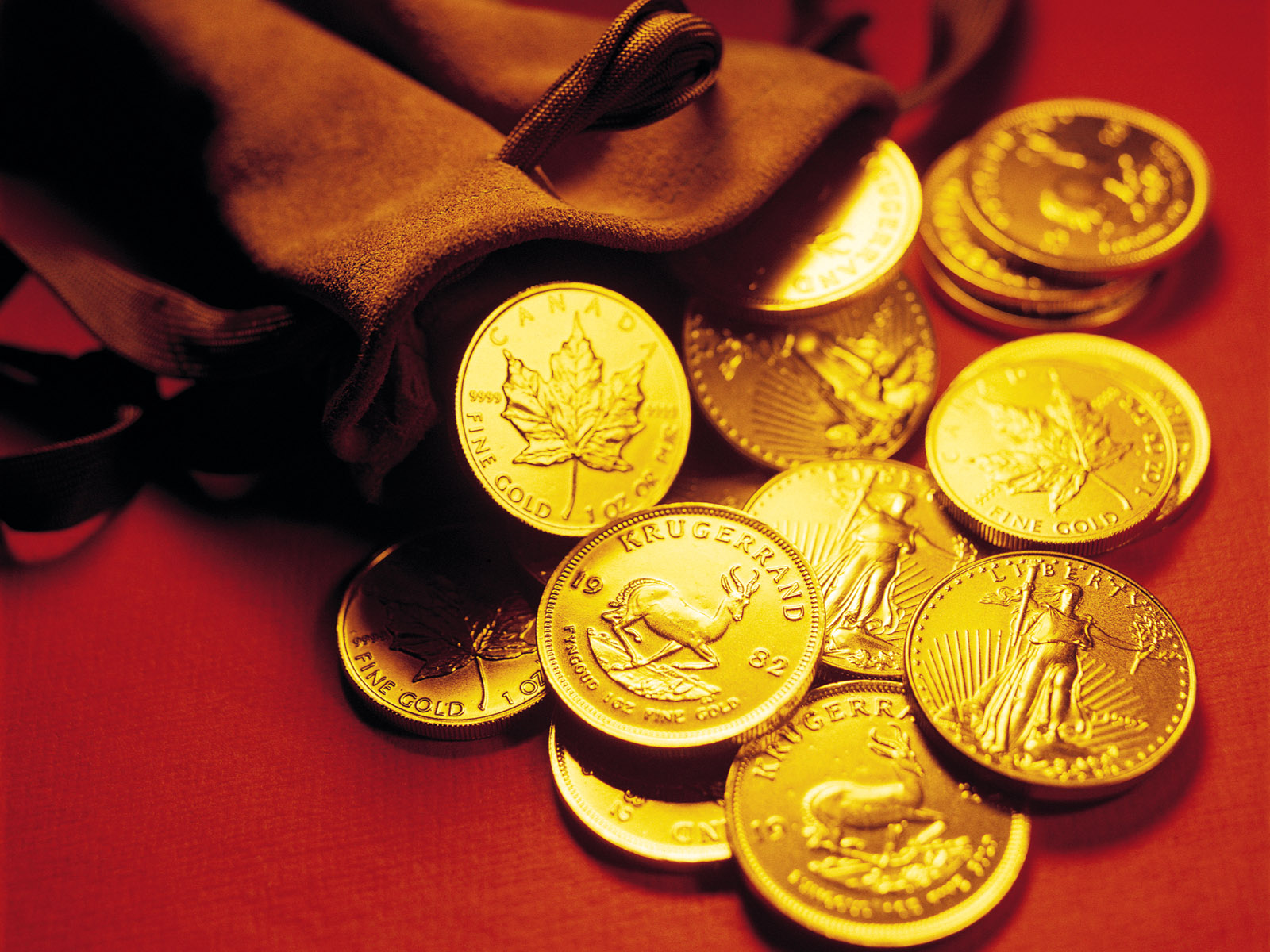 Money has its origins lost in the immense stretches of time. Its invention is almost as legendary and fabled as the inventions of fire and the wheel. No less were its impacts on the economic life of people, than of fire on the scientific life of people. Money opened doors that have never closed, and gave us wings to fly. Whether we flew too close to the sun or not, is a question for another time. The legend of money rests in its ability to organize and structure the productive activities of society. Without money, we would have never been able to procure more than a few goods and services that we are able to procure today. The concept of money is as old as the mountains and the trees, and probably more important to our everyday lives. So where did it all begin?

A good guess would place the arrival of the first form of money, when a certain object or animal finds itself very central to the society’s culture. This type of money is called ‘Commodity Money’. Similar to how the cocoa bean was to the Aztec and the African bull was to the Africans. Before the advent of money, the society survives by complex network of barter.

“I give you what you want, you give her what she wants, and she gives him what he wants so that he gives me what I want”

Cocoa bean was abundant and important to the Aztec. It had great use for the family too. Its first use might have arisen with the need to balance the value of barter. When one party feels the barter is unfair, cocoa beans could be added to the barter to make the trade fair. It’s similar to adjusting weights so that a beam balance is at rest. Proceeding from this use of cocoa, society might have had to evaluate every commodity available in terms of cocoa so that the balance may be achieved. This is the way commodity money becomes a measure of value.  Soon, commodity money may be used to completely balance the trade. This is the moment when the use of cocoa completely replaces barter, and cocoa beans become money. Similarly, cows and other religious or important animals would slowly take the place of barter and be used as money. Any commodity that was available and of special importance to all members of society, could be used as money.

Commodity money had two major problems. One, often commodity money was irregular; cocoa beans were not identical in shape and form. This lead to disputes in trade and money had to be weighed each and every time a trade took place to verify. Two, commodity money is not very durable. Cows and bulls die in a few years, and cocoa beans turned bad in a few months. The Lydian Kingdom found the solution to these two problems in 640 BC.

The Lydians were the first to mint coin money using a combination of gold and silver. A official stamp would be placed on the coin to ensure weight, value and authenticity to all people of the society. This enabled people to trade and carry out commercial activities very easily. It was no surprise that the Lydians were very rich and commercially successful. Although the Lydians did not survive long, their methods of coinage were adopted by the Roman Empire.

Coin money although is more useful than commodity money, it has a few drawbacks. Coin money is heavy and hence difficult to transport. It could be stolen easily on highways and counterfeited. Coins could get irregular and worn out. The solution to this came much later in the 1300’s when banks became popular.

Banks have a simple job, they borrow money from the people who save and lend to those who want to spend. After a saver put his money in the bank, he would get a deposit receipt. Soon people began to trade deposit receipts, instead of coins themselves. It was easier and safer to transfer pieces of paper instead of heavy bags of coins. Receipts could be replaced easily too if the parchment wore out. Once people had found this simple method of saving themselves the trouble of going to a bank every time they wanted to purchase something expensive, nobody used coins anymore. Paper money is just pieces of worthless paper that represents the ownership of gold and silver coins kept safely in some bank far away. It is important to note that paper money had value if there was some gold kept safely in the bank. If the gold was lost then paper money had no value. The world followed this method of using worthless pieces of paper back with gold till the 1930’s.

The western countries faced the great depression, which forced their governments to print more and more of paper money, which was not backed with gold. It was an easy way of having more purchasing power, in return for nothing. Soon the world had too much paper money representing too less gold. Finally, most governments decided to make paper money into fiat money. Fiat money is not backed by gold, but on the promise that the current government will prevail. Fiat is Latin for –“Let it be done”, and its value only lasts as long as the government. It cannot be returned for gold or silver equivalents. Most governments of today employ fiat money. However fiat money also has a major problem. Fiat money’s value usually seems to fall, as the government creates more and more of it. The more the money in the hands of the people the higher the resulting prices. Often in places like post-war Germany or present-day Zimbabwe, fiat money loses its value so fast that people must deal in hundreds and thousands of notes for day-to-day transactions. Imagine if the cost of coffee rose by 10,000 units in just a few days! When larger and larger piles of notes are needed, fiat money is not very useful.
Dashing Digital Money

The problem of all physical money like commodity money, coin money, paper money and fiat money was solved by the dawn of digital money. The era began in the 1960’s when banks began to transfer money electronically. Banks were searching for methods to simplify the huge workload involved in mue form of digital money began with the development of powerful computers that would readily calculate, process, manage and store thousands of electronic records. Digital money is stored in the memory chips in computers and transferred via electronic pulses over cable and air. Money is sent across continents and oceans with the press of a button. Most of all large transactions are done via digital money and not fiat money. Its easier and simpler to pay with a flash of a card. The VISA and MASTERCARD are accepted globally, and are great relief to the daily traveller.

It is a startling fact that most digital money is now mostly debt. This means that you could donate 1000 Rs to me for writing this blog so well, even if you didn’t have that in your bank account. I receive the thousand even if you do not have that much with you at that moment. The transaction only means that you will give me 1000 Rs in the future. The surprising fact about this debt is that I can still use it to purchase anything. This second transaction implies that I have passed the ownership of my money to someone else, and now you owe this someone else the 1000 Rs. And so on and so forth the circulation proceeds. Although it is widely used, some experts believe that using debt as money, is not very good in the long run.

Although the largest part of all transactions is done by digital money, all others forms of money are still used in some areas of the world. Gold and silver coins are still used in certain areas of the world. Fiat money also survives mostly for the poor people who need small quantities of money everyday. Even commodity money does exist in isolated tribal areas. This peaceful coexistence of the various forms of money tells us that our needs and wishes have changed over time and money changes to be able to address that need.

Money is a promise that can mean everything or nothing…

Money has connected us in ways we do even yet understand. Right from the beginning it has brought our society together by providing a way for each individual to be useful to the other. There would be no way a carpenter and a comedian could be useful to each other unless the poor carpenter really valued a good laugh. Shortly after people found use for one another, society was truly able to help itself produce more and consume more. Money allowed us to fully utilize goodwill and trust in the form of credit and loans. People could help each other even without having a single thing to do with the other person's life. We rely on money so much that we barely notice. Money is just a promise that society keeps with us. We all believe in this promise hence it exists. If people lose faith in money, it has lesser value. Money can be everything- food, shelter, education and prosperity or it can be nothing but an empty promise.